IN BRIEF: I plan to start teaching Reality-Based Thinking courses and seminars with live-or-later online offerings, starting later this Fall (2022) or in early 2023. Also, I may begin sometime this Fall taking on local students for beginning guitar, for voice, and possibly for beginning clarinet and trombone.

END_OF_DOCUMENT_TOKEN_TO_BE_REPLACED

If you experienced even one highly-excellent event in your schooling years, you can probably relate to what I want to say here. For some, it might have been winning the big game. For others, putting on a great play or musical. For others, winning the Spelling Bee or the Brain Brawl, or getting a Superior rating at the Band Festival. I trust you’ll know what I’m talking about.

Well, there’s a difference in what people do with those excellent schooling experiences—whether they experience many or few such things. Some people take those experiences as trophies—as things to be remembered—as high-water marks of life. They are the sort to say, “Hey, do you remember that time that such-and-such happened?” A lot of people are like this, and draw joy (whether much or little) from these schooling-years experiences throughout the rest of their lives.

END_OF_DOCUMENT_TOKEN_TO_BE_REPLACED

Looking back on 2014, it seems I’ve done nine things in particular that are proving to have been good strategic moves for life.  Here they are, in no particular order.

1.  Throwing the football (and Frisbee) with my son, James.  We live in an apartment over an historic storefront in a small town, and we have a small city park across the street.  Since summer, James and I have gone out nearly every week, somewhere between 1 and 5 times to throw the football.  This was the first real practice he’s had with it, and he’s done fairly well.  He is particularly accurate at passing the football, it seems.  The activity was good for the exercise, the skill, and the fresh air, of course.  But it was particularly good to afford a chance for us to talk about whatever was going on at the time.  Among other things, we thoroughly covered the material in some of the chapters of the book I’m writing—and I’d say that’s pretty cool when your 11-year-old son can spot a “my-side bias” or an ad hominem dodge on his own!  James has become the dearest friend in these years.

2.  Writing my book on Reality-Based Thinking.  After a couple of years of heavy reading, I began to write in earnest in 2014—as time permitted.  It’s thrilling to see the topic come together, and while I’m frustrated not to have more time to write, it’s very good to have lots of time to reflect on the topic as I go.  The idea of the book—that we should use reality as our primary and constant guide for decision making (which means avoiding all cognitive biases, errors, hearsay, and deceit)—continues to prove impeccable with each passing month of investigation and analysis.  I asked one wealthy individual I’m acquainted with for a grant for a sabbatical so that I can give the project the undistracted attention it deserves.  We’ll see what he says!  Oh, take my quiz here and see how you do!

3.  Reading.  This year I read (but not necessarily finished):

4.  Efficiency in Living.  We live in a tiny apartment and we still have roughly 25% too much stuff to fit into it!  This time last year, we had approximately 100% too much stuff.  So this was the year of buying bookcases and building shelves, of rummage sales and giveaways and so forth.  Just today, I built a skillet rack for the kitchen.  It holds roughly 12 pots and pans, freeing up some much-needed pantry space.  Next comes installing a washer/dryer in a makeshift laundry room—and while that will be costly, it’s much more efficient than going to the laundromat.  Two of the higher goals in all this are to facilitate healthier cooking/eating and our homeschooling.  Since we spend so much time there, it’s a real downer if our home routine isn’t an efficient one.

5.  Just Say “No!”  In an effort to make time for what I think are the more important things in life, I walked away from a couple of business ventures this year.  One was a website that I built in 2010 for the Paintless Dent Repair industry.  Since then, it has become well-traveled, and useful for marketing.  The other project included a revenue-sharing deal on a startup web/mobile app I helped to invent and to project-manage.  Both were good deals for me, I suppose, but I’m just not interested in being the entrepreneur anymore.  Indeed, the reason I thought I wanted to be an entrepreneur was so that I could make enough money to fund my own important social projects.  But I learned that it sucks the marrow from the bones to life to try to be an entrepreneur.  It robs me of the very thing I find the most fruitful—the time for reflection.  So no more of that for me—for now, at least.  I’d rather have fewer irons in the fire and enjoy life than to have too many in hopes that one of them might grow really hot someday.

6.  First Annual Pelham Camping Adventure.  In early July, we bought enough camping gear to furnish a small army and went camping on the Missouri River, north of Jordan, MT.  Since we moved out of the country and into the mean ol’ city, we don’t get to enjoy the outdoors nearly often enough.  And while I still have an

irrational dream of going camping several times a year, I think that a great practical solution is to plan one mega-trip each year and to be sure to enjoy it.  We’ll definitely do it again—but a couple of weeks early in 2015.  It was getting too hot by July.

Did I mention that I found a dinosaur bone?

7.  Pelham School of Arts & Sciences.  Kay and I officially opened our new school in September 2014.  I did a lot of remodeling work earlier in the year to turn the studio into a nice place to work, with my priority being to get Kay up and running with piano lessons, while I continue to try to shift over from my career in Paintless Dent Repair to something I find more meaningful and satisfying.  I have a couple of voice students starting soon.  In one particularly keen negotiation, I traded a high school student some math tutoring for clarinet duet sessions!  I bought a used clarinet at the local pawn shop and told her I’d tutor her for an hour in return for her bringing her clarinet so we could play duets together!  I was amazed that after 30 years (since I last played clarinet), I still knew my way around the horn pretty well! 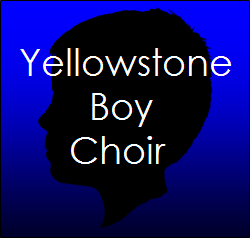 8.  Yellowstone Boy Choir.  Kay and I founded the Yellowstone Boy Choir this year.  We wanted James to have an excellent ensemble experience, and it seemed the best way to do it was to build it ourselves.  We have had a modest beginning, but I think we’ve learned enough in our Fall session to know how to plan for a successful future.

9.  Solving Some Bible Puzzles.  If I could get it funded, I’d jump at the chance to be a full-time Bible scholar.  In fact, one of the reasons I’m not “farther ahead” in my career than I am is that I have invested a great many hours in extensive Bible study over the last 30-or-so years!  Anyway, this year I took the time to solve (to a fairly high level of certainty) a couple of mysteries I had been pondering for some time.

I feel generally frustrated with life because of four particular factors:

It’s quite a luxury to be a philosopher and an advocate for social reform.  It’s extremely hard to do as a working-class man.  I strain ahead at it anyway, though, because of the great value I see in what might be done.  Fixing any of the four irritants above will certainly put me in a better place at the end of 2015.  So we’ll see how it goes!

In a gratuitous attempt at positive thinking, I thought it would be useful (to me) to document a few of my 2013 activities that turned out to be good ones.  So, without further adieu, here is a list, in no particular order, of 2013 activities that I generally consider improvements upon my life.

1.  From the Ground Up!  I changed the style of shoes I wear and it has made a huge difference.  I now believe that we have been duped into thinking that we need “arch END_OF_DOCUMENT_TOKEN_TO_BE_REPLACED

I live my life under the constant frustration that things of fundamental and preeminent importance must so frequently take a back seat to the practical business of being a worker/consumer cog in the prevailing economic machine.  And the machine does not care one iota for grand ideas such as reality, authenticity, and self correction.  Rather, it does considerable and deliberate work to the detriment of these principles.

Philosophy in general, and societal reform in particular, are not pursuits well suited for those who lack the means for leisure.  This is because END_OF_DOCUMENT_TOKEN_TO_BE_REPLACED

“Holy Cow!  We’ve been wrong all along!”

“OK, I think I’ve finally got it figured out.”

These kinds of moments are fairly common in my house.  Between Kay’s studies and my own, it seems we are regularly discovering or making sense of things that had previously been mysteries to us—quite like putting the pieces of a jigsaw puzzle in their proper places.  END_OF_DOCUMENT_TOKEN_TO_BE_REPLACED

I have ideas.  Lots and lots of ideas.

And I’m getting better at it all the time.  I used to think that having ideas was something of a gift, but now I realize that an idea is practically worthless if it can’t “get to market”, so to speak—if it can’t be made into a reality.  So I’ve learned (the hard way) to be unimpressed with most of my ideas, as they show no particular potential for greatness.

But then there are those ideas that remain—those that keep coming back to the surface as undeniably powerful and timely.  END_OF_DOCUMENT_TOKEN_TO_BE_REPLACED

Generally speaking, I would like to become a self-funded researcher/writer, working on several topics, including the antiquities, American politics, religion, and human character.  My career goal, therefore, is to build enough streams of residual income so as to have the time and cash necessary for said research and writing. END_OF_DOCUMENT_TOKEN_TO_BE_REPLACED