Is there any corruption in our governments and companies—or in the popular beliefs of the citizens—that would still be going on if someone weren’t profiting from it?

Ask a few questions in a single post (in a topical discussion group) and observe how the average joe responds. See how often it happens that he answers one question and doesn’t touch the others—and makes no mention of why he’s ignoring the others.

END_OF_DOCUMENT_TOKEN_TO_BE_REPLACED

In a gratuitous attempt at positive thinking, I thought it would be useful (to me) to document a few of my 2013 activities that turned out to be good ones.  So, without further adieu, here is a list, in no particular order, of 2013 activities that I generally consider improvements upon my life. 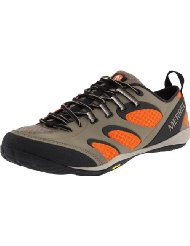 1.  From the Ground Up!  I changed the style of shoes I wear and it has made a huge difference.  I now believe that we have been duped into thinking that we need “arch END_OF_DOCUMENT_TOKEN_TO_BE_REPLACED

These are my notes for:

What Intelligence Tests Miss:  The Psychology of Rational Thought
by Keith E. Stanovich

This book is profoundly important as it highlights a crucial deficit in the American awareness of its own cognitive health.  I found this book in a deliberate search for answers to the question of why so many people are irrational in their beliefs and behaviors.  To my own surprise and delight, the book challenged my own irrationality, exposing it on a number of test problems that I answered incorrectly.

As you read the notes below, it is important to understand that the author defines rational thinking as thinking that jibes with reality.  For example, 2+2=5 is an irrational expression because it does not jibe with reality.  (2+2 actually equals 4.)  Similarly, if Jack took a notion to become a child actress, this would be an irrational notion since Jack can neither become a child nor a female in reality.

A recurring theme throughout the book is that of the “cognitive miser”, the person who refuses to “spend” any more cognitive energy than he is forced to expend.  Stanovich argues that we all tend to be cognitive misers.  I would have argued with him on this point before reading the book, because I can directly observe that I spend a great deal more time thinking about things than do most.  But even so, his test questions proved that I also tend to jump off the cognitive train too early at times, taking an easier answer when a harder answer was necessary to match with reality.  So even though I came to this book in search of information, I was taken to school by the book—and that’s very exciting to me.

These are my brief notes about:

The Naked Brain: How the emerging neurosociety is changing how we live, work, and love

One book that has been very influential for Kay and me these past few years is:

The Underground History of American Education: A Schoolteacher’s Intimate Investigation Into The Problem Of Modern Schooling by John Taylor Gatto.

END_OF_DOCUMENT_TOKEN_TO_BE_REPLACED

One a recent trip, Kay and I picked up a copy of The Whiskey Rebellion: George Washington, Alexander Hamilton, and the Frontier Rebels Who Challenged America’s Newfound Sovereignty by William Hogeland.  After reading DiLorenzo’s The Real Lincoln, we were curious just how far back the corruption of the US government might go, so we decided to start much nearer the beginning when we found this book in the store.  END_OF_DOCUMENT_TOKEN_TO_BE_REPLACED

I’m currently reading Overthrow: America’s century of regime change from Hawaii to Iraq by Stephen Kinzer.  Kay and I bought the book as it promised to address (to some degree) the topic of governmental protectionism of big business.  We’re presently about 20% through it and are impressed so far.  We also find it troubling.  I’ll write more when we’re finished.

I’m currently reading In the Beginning: Compelling Evidence for Creation and the Flood (8th Edition) by Dr. Walter Brown.

Far from being a mere dogmatist, Brown objectively refutes common evolutionary theories for the origins of the earth and of its current geology, not by saying “The Bible says…”, END_OF_DOCUMENT_TOKEN_TO_BE_REPLACED

I just finished reading Where Did The Towers Go: The evidence of directed free-energy technology on 9/11 by Dr. Judy Wood.

The book examines 9/11 evidence rarely discussed in the mainstream media, such as: